Please login or register to continue

WaveTrack International is a financial price forecasting dedicated to bringing you state of the art Elliott Wave forecasting. We are a bespoke team operating from locations in Munich, Germany and Central, Hong Kong. WaveTrack is regulated by Bafin (Bundesanstalt für Finanzdienstleistungsaufsicht) within Europe and has an advisory license providing services related to directional price movements within the product areas of stock indices, currencies, fixed income and certain main-stream commodities. We specialise in the price forecasting methodologies of the Elliott Wave Principle uniquely combined with Fibonacci-Price-Ratios and Cycle work. This propriety combination has been developed by WaveTrack’s founder Peter Goodburn which has been the secret of his success for many years. 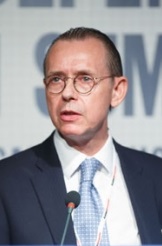 Peter is the founding partner of WaveTrack International and creator of the website Elliott Wave Theory. His trading experience spans back to the late 1970’s working then in the commodities business for exchange members and their clients.

In those earlier years of his career, he created the first OTC (over-the-counter) copper option product based upon the comex (New York) contract around the mid-eighties, and in the same period, devised Opval, an option-evaluation software program that is currently used in many of the major market-making institutions of today.

His extraordinary skill to teach has allowed him to train students in the Elliott Wave Principle at the London School of Economics as part of the STA’s diploma programme. His dream to teach Advanced Elliott Wave to a greater number of students is the reason for the creation of this website.

His fascination with price activity and how that related to the news flow within the markets captured his imagination early on. Peter’s first annual diary of 1978 records his notes and remarks on how the interaction and relationship of fundamental news and price movement often contradicted themselves. Some years later, this was to ignite his interest in causal theory and naturally, the Elliott Wave Principle.

He was first introduced to the Elliott Wave Principle in the mid-eighties listening to daily updates of financial commentary by Bob Beckman on LBC radio (London Broadcasting Company). This led him to the work of Frost/Prechter and their first re-publication of R.N.Elliott’s (1871-1948) original treatise of 1938 (The Wave Principle) and 1946 (Nature’s Law – The Secret of the Universe), entitled “the Elliott Wave Principle”” (1978). Peter’s a self-proclaimed purist of the Wave Principle but has developed a unique approach of geometric Ratio & Proportion that is instrumental in maintaining a dispassionate and objective view of the market. He has applied this analysis to every major asset class over the years, stocks, bonds, currencies & commodities and promotes the importance of interdependency of the combined group.

Peter has been a member of the U.K.’s Society of Technical Analysts (STA) for over twenty-five years and is a Certified Financial Technician recognised by the International Federation of Technical Analysts (IFTA). He has taught the Elliott Wave Principle to students at the London School of Economics as part of the STA’s diploma programme and is a member of the Foundation for the Study of Cycles and the Society for Chaos Theory in Psychology and Life Sciences.

He has published many of his forecasts in various journals over the last twenty years including Currency Confidential, Managed Derivatives, Investment Management, The Ringsider, Market Technician, and quoted by many others, including Metal Bulletin, The Speculator, Focus, Fund Investment, International Herald Tribune and Reuters. It has brought him in contact with the many diverse fields of finance, delivering presentations for major industry governing bodies and as the principle speaker on behalf of many corporate clients throughout the world.

WaveTrack’s Elliott Wave methodology is based on R.N. Elliott original concept of the Elliott Wave Principle. It is a classic approach of Elliott Wave as refined by Hamilton-Bolton in the late 1950’s, early 1960’s.

WaveTrack’s own empirical observations over the last 25+ years has distilled this process further by emphasizing the patterns  (Think Pattern!) rather than its component wave form.

You might ask ‘Why is it important to ‘Think Pattern’? If you grasp the greater pattern, you will not get lost in the complexities of pattern labelling. Clarity and Simplicity are of major importance if you want to succeed with Elliott Wave.